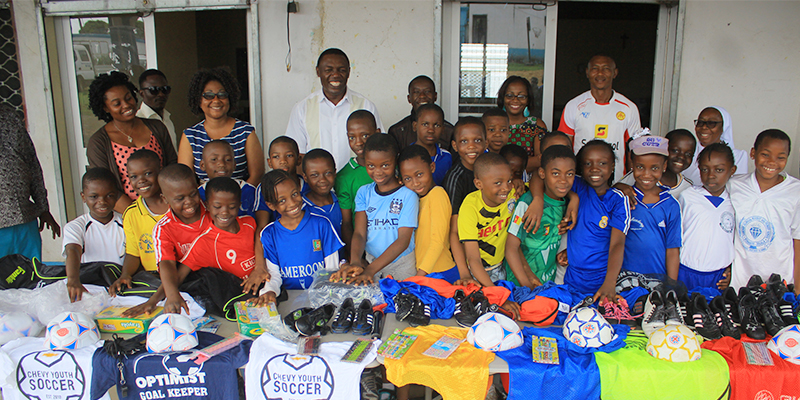 The Catholic University Institute of Buea as part of its mission to prepare professional servant leaders with moral and spiritual values who will contribute to the sustainable development of their communities, together with Catholic Berakah Ministries recently donated some basic food items, cloths, shoes and other human needs to some internally displaced persons in the North and South WEST Region affected as a result of the ongoing Anglophone crisis.

This was during a three day Pentecost trindum program organized at the molyko campus that took placed under the theme “ Not by an amy, nor by might but by the spirit say the lord” and brought together internally displaced from kwakwa, Lebialem, Munyenge, Banga Bakundu, Belo, Mamfe.

Being an institution with vision to bring hope to the students and awaken in them a sense of purpose and direction, so that they may achieve social, economic, spiritual, cultural and environmental well-being in their communities in particular and the nation the institution cannot be indifferent when it comes to charity. 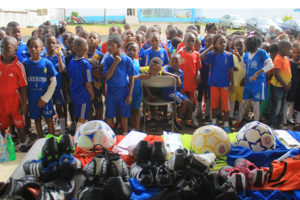 Reasons why CUIB together with the Catholic Berakah Ministries decided to embark on a philanthropic move to assist people who have been internally displace as a result of the ongoing Anglophone Crisis and to preach to them the necessity of promoting peace, love and unity for the nation Cameroon.

Befor the donations were handed to them there was a three day effective prayer for peace and love to return in Cameroon. During the three days prayer program Rev. Fr. George Nkeze schooled the displaced persons on the need for peace love and unity.
And told them that they should love one another and above all learn to forgive one another the same way God forgives us and he added that a heart that loves bear no grudges .

Talking to the university one of the displaced persons Mr. Penda from Bomaka began by thanking the University for providing them with basic food, cloths, and household items that will go a long way to contribute to the growth of their life 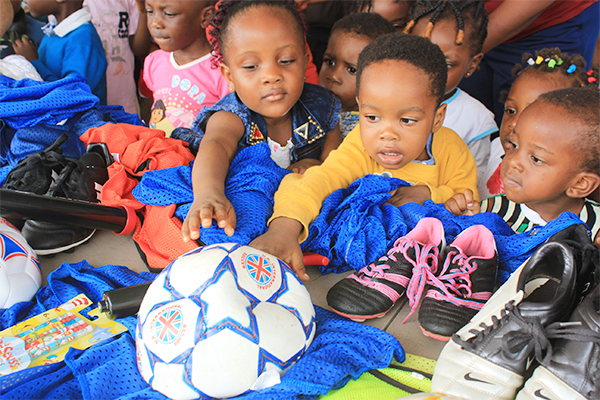 He added that being a displaced person in Buea has not been easy for they lost everything in their home because their homes were set on fire in the course of the ongoing crisis.

“So receiving this gift here today will go a long way to help us to become like those who are in Buea” Mr. Penda concluded.

The internally displaced persons left CUIB full with joy and with the message to continue to preach peace, love and national unity.